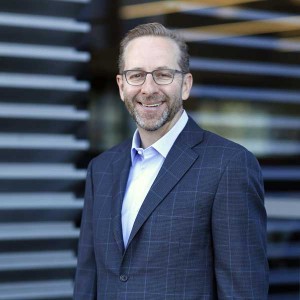 Dennis founded WeDriveU in 1988 and spearheads the company’s growth as the leader in transportation solutions.

Since founding WeDriveU in 1988, Dennis has led WeDriveU's growth as the leader in transportation solutions. He serves as Chairman and CEO of WeDriveU and also leads the National Express Shuttle division, operated independently by WeDriveU. Dennis’ vision for transforming transportation has been featured by Fox Business News and the New York Times. His entrepreneurial spirit inspired the company’s early growth as the leader in professional chauffeurs who drive the client’s car, and he continues to advance WeDriveU’s vision to address clients’ evolving mobility challenges with workplace and campus shuttle solutions. Dennis was a CPA at Arthur Andersen, Co. prior to founding WeDriveU. He graduated cum laude from St. John’s University with a B.A. in Accounting/Business Management. 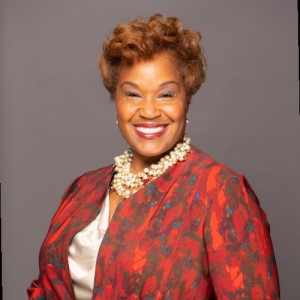 Dorothy is an experienced leader and litigator overseeing areas such as governance, labor, environmental, real estate and compliance.

Dorothy Capers is a corporate attorney and legal business partner with more than 30 years of extensive in-house, government and private law firm experience, primarily in the areas of litigation and litigation management. As Global General Counsel, she manages multinational legal teams in the UK, Spain, Germany and the Middle East. She joined NELLC in 2015 from US Foods, where she served for six years as associate general counsel and led the litigation and bankruptcy team for the Company. While at US Foods, Dorothy was a member of the merger team guiding US Foods through its $8.2 billion putative merger with Sysco. Prior to US Foods, she has held positions at the City of Chicago Department of Law, the Cook County State’s Attorney’s Office and Metra Railroad. Dorothy previously served as President of the Black Women Lawyer’s Association of Greater Chicago and is currently on the Board of Directors at the Illinois Equal Justice Foundation, Children’s Home and Aid and the Chicago State University foundation. She holds a J.D. from Howard University School of Law and a B.A. in Speech Communication and History from the University of Illinois, Urbana-Champaign. 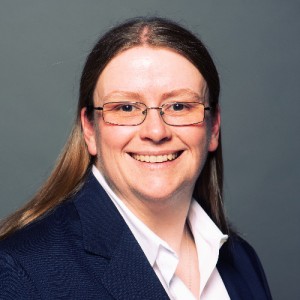 Judith oversees transit operations that serve more than 20 million annual passengers in the U.S. and Canada.

As CEO of National Express Transit Corporation, Judith is responsible for all transit operations in the United States and Canada and the continued growth of the division. She is always looking at new and innovative solutions to improve operational performance and grow the business. She also heads up the commercial development activities including M&A for National Express LLC (NELLC). Prior to being CEO, Judith was the Chief Financial Officer for NELLC for four years. Judith brings more than twenty years of financial management and operational experience. She has overseen many strategic and operational projects within NELLC. Before beginning her career with National Express, Judith worked as a chartered accountant in the United Kingdom for KPMG. 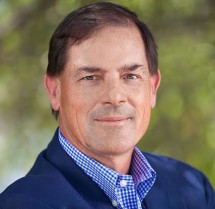 Mark is a strategic adviser to high growth companies with three decades of venture and investment banking experience.

Mark formed MWF Advisors to continue his work with extraordinary entrepreneurs building exceptional growth companies. Over three decades as a trusted investor and advisor, Mark has partnered with many leading companies executing transformational growth initiatives. He served as President and a Board member for GSV Capital, a publicly traded late stage venture firm managing over 40 portfolio investments. In this capacity, Mark has worked with companies on a wide range of strategic alternatives including capital raising, M&A, IPO preparedness, debt financing and shareholder liquidity. Previously, Mark managed Trilogy Capital Partners, a private investment and advisory firm. Prior to forming Trilogy, he worked in various capacities in the investment banking groups at Salomon Brothers and Volpe, Brown & Whelan. Mark served as a Regent at St. John’s University, as chairman of The Preserve Company, as a member of the board of directors of the DAPER Fund at Stanford University as well as a number of privately held companies. He is a graduate of St. John’s University (MN) and earned an MBA from Harvard University.

Based in London, James heads acquisitions and new market identification for the global transportation leader.

Serving as Group Commercial Director of National Express, James drives the Group's Mergers and Acquisitions activity, Strategy Development and growth efforts in existing and new markets worldwide. James also oversees the Group's continued investments in new technology initiatives and digital presence. Prior to joining National Express in July 2017, James was a Partner at KPMG where he advised leading transport companies in his roles as KPMG's UK Head of Transport and Global Head of Aviation.